The Redmi series welcomes a new arrival called the Xiaomi Redmi 7. The smartphone draws a lot of similarities with the recently released Xiaomi Redmi Note 7, another smartphone under the same umbrella. Xiaomi Redmi 7 is a full-fledged mid-range smartphone with numerous features such as the dual rear cameras, dewdrop notch and internal storage up to 64GB.

The phone offers more features than its price point suggests. It’s more interesting because it comes at a time when Xiaomi declared explicitly that their smartphones will no longer be as cheap as they used to be. Well, the new philosophy didn’t start with this smartphone. 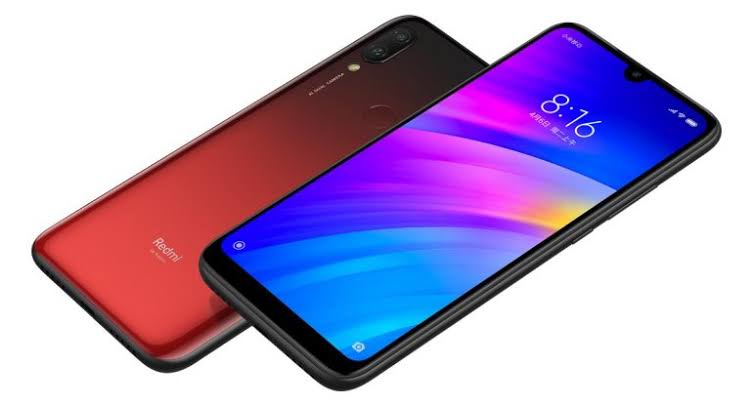 The first look at the Xiaomi Redmi 7 reveals a smartphone with an edge-to-edge screen interrupted by a waterdrop cut-out at the top of the scenery. Heading downwards, a small chin is built around the phone’s base. Coming out in Blue, Black and Red colourations, the phone enjoys the hydrophobic coating on its rear.

In terms of display size, the Redmi 7 isn’t too distant from the Redmi Note 7 which makes it a perk for me. A 6.26-inch screen lies at the face of the phone, protected with the Corning Gorilla Glass 5. However, it teams up with 720 x 1520 pixels as the resolution genius. If anything could stand in as consolation for this low resolution, the reduction in battery consumption slots in perfectly.

One of the upsides of this device is its strong battery life especially in an environment where the power supply isn’t consistent. The phone promises more than a day’s usage once its 4,000mAh battery capacity is fully charged at the start of the day. Putting in mind that Fast Charge 10W comes pre-installed with the smartphone, the satisfaction is more than enough.

Two cameras interwoven with AI algorithms are responsible for outstanding photography on the smartphone. The first of the cameras, being the 12MP sensor controls the execution of images and videos while the supporting 2MP sensor inputs depth information. At the face of the smartphone, a 16MP camera, also AI-enabled, churns out fantastic selfies and 1080p videos.

Xiaomi introduces the Snapdragon 632 SoC to its lineup of phones starting with the Xiaomi Redmi 7. The chip, which utilises the 14nm process, is loaded with octa-core 2.2GHz processor and Adreno 506 GPU. The base model of this smartphone entertains 2GB RAM and 16GB storage in the memory unit.

Nevertheless, there are more spacious variants sporting 3GB RAM and 32GB ROM as well as 4GB RAM and 64GB internal memory. Regardless of the model purchased, the storage can be expanded to accommodate 256GB worth of files. Android 9.0 Pie topped up with the MIUI 9 runs as the OS out of the box.

The smartphone is for sale for about 50, 000 Naira for the depending on the deal and your location.

Here are a few specs of the Xiaomi Redmi 7: